“When all is done, you’ve had your fun, You’re off and on your way. Returning with the setting sun, To live another day.”

“Quit your flailing around, kid, this isn’t a dancehall!”

Tom’s glance shot back up at the arms-crossed instructor towering above him, to the rest of his row, then to the row behind.

“Apologies, Roth... Sensei.” He straightened back up, mirroring the form held by the peers on either side of him. As the most senior student of Roth’s Academy for Martial Arts, he felt some obligation to lead by example, but sometimes his inner class clown won out.

“I pray, for the sake of all of us, that you’ll have the ants out of your pants before this weekend’s finals. This is the closest our academy has come to the trophy since I stood on that mat.”

Roth motioned her head to the left, towards a flickering digital frame displaying an old class photo; three rows of four, one being a much smaller version of herself, up front, closest to the previous owner, the dapperly dressed Gabriel Case.

Case-Sensei was a local legend in Block 7. His mastery of the craft had earned him a rare one-way ticket to the Continent, where he took a huge risk, using up every remaining credit in his pocket to open the Academy in small section of Calico Tower’s first floor. That small section later grew out to occupy the entire bottom half of the building. Tom had long lost count of how many times Roth had told the story.

“He used to live out of that storage closet over there, you know. This place was his world. Look at what he shaped it into!”

Roth signaled the end of the day’s session and the class broke out of formation. Tom, along with many others, started his way towards the locker room. A blue belt from the back row, had been keeping pace beside him.

“Holy hell, dude, I thought Roth-Sensei was going to flash kick you through the ceiling after that stunt. You know how much these tournaments mean to her.” She pulled the tie from her long black hair and moved it to her wrist.

“Come on, May, I think she’s used to me enough by now to know I can be serious when I need to be. Look at my face!” He turned to her, pointing both fingers at an overly stern facial expression.

May’s face scrunched up, holding back a chuckle. “I really don’t want to laugh at that, Tom”

“But you can’t help it,” he shot back with a smile.

“Hey, you two gigglefolk want to pick up the pace a bit?”

Waiting for the two at the entrance to the locker room, propped up with one foot against the wall, was a tall boy with dreaded hair spinning his own blue belt at his side.

“Oh, my dear May, anything can be a word if you dream big enough.”

Noah and May had earned almost every one of their belts at the same time. It had produced a bit of a friendly rivalry, which they’d often mutually overplay for the amusement of friends, Tom included.

“Not to interrupt what I'm sure will be a thrilling back and forth,” Tom cut in, “but we are all still good for the Garden tonight, yes? I think it’ll do us good to detach from these finals for a bit.”

May extended her right hand with a thumbs up. “I’m still good to go! Looks like the weather is going to be awesome tonight.”

“Yeah, it’s like someone forgot to pull the gloom lever,” Noah responded. “Put me down as a still-can-go too.”

“Ugh, the views are going to be so perfect!”

“Spectacular,” Tom responded, breaking into a small dance in front of the two. “Shall we wrap up and prepare for our adventure then?”

May joined in on the dance. “We shall!”

“Hey! You’d better save some of that energy for this weekend!” Roth’s voice could be heard yelling behind the front desk, where she had been doing some wrapping up of her own.

The three laughed and filed into the locker room. 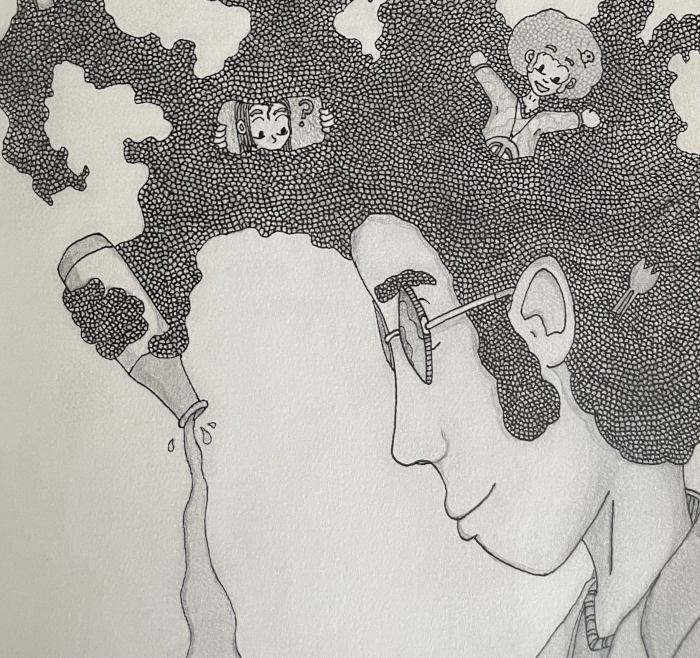